The University of Cambridge has recently enrolled in a free, 30-day trial of MGG Online, a new digital encyclopedia that includes the second edition of Die Musik in Geschichte und Gegenwart (MGG) as well as regular updates and newly written articles.

Please send your feedback on MGG Online to  Pendlebury@mus.cam.ac.uk  before the trial expires.

MGG Online includes more than 16,000 articles covering almost every aspect of music and its history.

Already at the launch of MGG Online (November 2016), some 200 articles have been fundamentally updated, numerous minor revisions carried out, and articles rewritten.

The University of Cambridge now has access to all issues, back and current, of the four titles in the Brepols Medieval studies journals series:

Access all four titles via the ejournals@cambridge A-Z or the links above.

From the Edinburgh University Press  website for the journal:

“Founded in 1963, Moreana publishes academic research about the person, historical milieu, and writing of the English humanist, Thomas More. In addition, the journal promotes research in cultural, historical, religious, and political contexts of the sixteenth century.”

Now available to the University of Cambridge electronically from volume 37 (2000) to present (the most recent volume currently available is 2007).

Access Moreana via the ejournals@cambridge A-Z or at this link.

The University of Cambridge now has online access to the Indian papers of Colonel Clive and Brigadier-General Carnac, 1752-1774.  This collection from British Archives Online is made available thanks to an agreement for Higher Education institutions between JISC Collections and British Archives Online for the duration of 2017 only.

This new resource is available via this link:

The papers of two leading actors in the East India Company in mid-18th century Bengal from the National Library of Wales. Chiefly in English, but with an array of original correspondence with local figures in Indo-Persian and occasionally Bengali, Marathi and Tamil, this collection allows researchers to understand the complex political web in the subcontinent as the power of the Mughal Empire began to wane.

Essential for those studying the life and career of Robert Clive (1725-1774), a man who stands in the very first rank of historical figures, this resource is also of the greatest importance to anyone exploring the often hotly debated events that preceded, accompanied and followed the establishment of Britain’s Indian empire during the mid-18th century, especially the periods 1756-1760 and 1765-1766. By reproducing in full Clive’s English and Persian correspondence, it is possible to compare firsthand Indian and European accounts of Clive’s resounding victory in 1757 at Plassey over the superior French-backed force of the Nawab of Bengal in the aftermath of the notorious ‘Black Hole of Calcutta’ incident; of the conclusive routing of the Dutch in 1759; or of the ill-fated career of Clive’s chief administrator of revenues, Maharaja Nandakumara, including supplementary material on his trial and execution in 1775 for forgery drawn from the 1st Earl of Minto’s papers at National Library of Scotland.

First an officer in the EIC’s private army, and then later twice governor of Bengal, Clive was the leading actor in the political and military events of the 1750s and 1760s that served to lay the foundations of the British Raj. But he was also a highly controversial figure who, during an often troubled lifetime, attracted much unwanted attention from the public, Parliament and the press. Many in Britain came to revile him and, tainted by accusations of corruption and the abuse of power in India, he was condemned for spending his enormous private fortune on houses, estates and possessions, acquired in an attempt to carve out an elevated position for his family in English landed society. Even in death Clive remained controversial, with many believing that he committed suicide in 1774 at the age of 49.

Originally part of the Clive family’s Powis estate, these immensely rich and varied papers facilitate close study of a highly complex and enigmatic man, as well as the contested origins of Britain’s Indian empire. In addition the papers contain invaluable material on the economic, social and political history of Britain during the 18th century.

Complementing our understanding of this turning point in the history of British power in South Asia, are some 2,000 items of John Carnac’s correspondence. Carnac joined the EIC army with the rank of Captain in 1758, after his service with the 39th infantry regiment. As Commander-in-Chief between 1760 and 1761, he fought and defeated the French-supported forces of the Mughal Emperor, Shah Alam II, near Bihar. Made Brigadier-General in 1764, Carnac again assumed command, defeating the Marathas in 1765 before handing control back later that year to Robert Clive. This correspondence’s emphasis on the years between 1763 and 1766 helps to fill the gap in events during Clive’s absence from India between March 1760 and April 1765, when he returned to Britain. At the same time, the collection amplifies our understanding of Clive’s third and final tour of duty, providing an opportunity to contrast how two senior British figures set about implementing the EIC’s new approach, combining commercial with growing political power.

The University of Cambridge now has trial access to the RILM Full Text & Encyclopaedias resources on the EBSCOHost platform.

Access is via the following links on and off campus until 31 March 2017.

RILM abstracts of music literature with full text (RAFT) expands the global bibliography of writings on music with the addition of a million pages of full-text content from more than 200 key periodicals. Coverage includes articles and reviews as well as obituaries, editorials, correspondence, advertisements, and news.  The total number of journals is nearly 240, from 50 countries in 40 languages, published from the early 20th century to the present, and comprising close to 175,000 full-text records. Full publication runs back to the first issue will be present for most journals.

RILM music encyclopedias is a full-text compilation of reference works, most of which are not available anywhere else online. In 2017, the collection includes 45 seminal titles published from 1775 to the present and comprising 95,000 pages. This resource is designed to meet the teaching, learning, and research needs of the international music community. It provides comprehensive encyclopedic coverage of the most important disciplines, fields, and subject areas of historical musicology and ethnomusicology, with topics ranging from popular music, opera, instruments, blues and gospel, to recorded music and women composers. Its content spans multiple countries and languages—currently English, German, French, Italian, Czech, Dutch, Greek, and Slovak.

Please send your feedback on these resources to the Pendlebury Music Library email: Pendlebury@mus.cam.ac.uk

You may also be interested in:  Oxford History of Western Music

The University of Cambridge now has trial access to the Codices Hugeniani Online resource from the publisher Brill.

Access is via the following URL on and off campus.

Please send your feedback on this resource to the Whipple Library email: hpslib@hermes.cam.ac.uk.  Thank you.

Codices Hugeniani Online (COHU) offers the fully digitized archive of Christiaan Huygens (1629 – 1695), held at Leiden University Library. The archive includes notebooks and loose leafs with texts in the field of astronomy, mechanics, mathematics and music, as well as correspondence and annotated books.

Huygens was a prominent Dutch mathematician, astronomer and physicist. He published major studies on mechanics and optics, and a pioneer work on games of chance. He is famous for his discovery of the rings of Saturn and its moon Titan, and for inventing the pendulum clock.

Shortly before his death in 1695 Huygens bequeathed a large part of his scholarly papers to Leiden University Library. After 1800, the legacy was further enriched by manuscripts and letters from family property, amongst others a large number of letters from Huygens’ father Constantijn (1596 – 1687).

For over three centuries, many scholars have made the Codices Hugeniani the object of their research. The contents of the archive have been made partly accessible through the well-known Oeuvres complètes (a 19-volume 19th Century reference work). More recently, the Codices Hugeniani were described in detail by Dr. Joella Yoder in her Catalogue of the Manuscripts of Christiaan Huygens (Brill, 2013). With COHU the full archive’s contents are now easily accessible for the first time.

Trial access has been enabled for the University of Cambridge to the East India Company resource from Adam Matthew Digital.

The trial is available here: 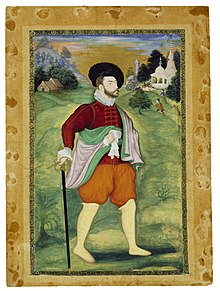 Portrait of a European painted by Mughal artists, Ca.1590

East India Company offers access to a unique collection of India Office Records from the British Library, London. Containing royal charters, correspondence, trading diaries, minutes of council meetings and reports of expeditions, among other document types, this resource charts the history of British trade and rule in the Indian subcontinent and beyond from 1600 to 1947.

Trial access is now available to the Oya bunko database.

The trial is available via the following link until 28 February 2017:

Please send feedback on this trial to japanese@lib.cam.ac.uk

Located in Tokyo, the Oya Soichi Library is a unique library specializing in Japanese magazines, from old to new. The library holds over 760,000 Japanese magazines of 10,000 types dating from the 19th century to the present day, spanning the Edo, Meiji, Taisho, Showa, and Heisei Periods.

Unlike other Japanese libraries, we shelve mostly general-interest magazines rather than magazines that are published for specific audiences. Our collection includes, “Bungeishunju”, “an・an”, “Friday”, “Shukan Asahi”, “Sanpo no Tatsujin”, and “Number”, just to name a few. Although these magazines capture the attention of the public, offering a wide range of articles and topics on computers, the Internet, manga, anime, popular characters, trends, fashion, earthquakes, nuclear power, etc., they are usually thrown away after being read. The Oya Soichi Library is most probably the only library of its kind as we house such magazines.

The Oya Soichi Library has created the “Web OYA-bunko”, an original Japanese-language Internet service for searching magazine articles, accessible online from overseas. Users will be able to search through five million Japanese-language articles published more than 120 years ago. Anyone who can read Japanese can use this service. We hope it will help you in some way with your research on Japanese culture. Even if you are not Japanese-literate, please do browse through…, you may come across something very interesting!

The “Web OYA-bunko”, hopes to serve as a “living” encyclopedia on Japan, providing and sharing ‘Cool Japan’ information with people around the globe.

“The Journal founded in 1956, as a professional journal for German and international Slavic research, publishes critical essays on languages and literatures, on popular poetry and on the cultural history of Slavic peoples in the past and present. Special attention is paid to German-Slavic linguistics, literary and cultural relations within their European context, to onomastics, history and poetology of literary genres, Baltic studies, Sorbian studies, and to the history of Slavic studies. Literary reports and reviews give an insight into current tendencies and developments in international Slavonic research. Conference proceedings provide information about important academic events.”

Now available to the University of Cambridge electronically from volume 40 (1995) to present.

Access Zeitschrift für Slawistik via the ejournals@cambridge A-Z or at this link.

The Bibliografia (BiGLLI) can be accessed via this link or via the Cambridge LibGuides Databases A-Z.

This online database version of the bibliography integrates in a single archive all issues published to date in print 1991-2016.  The area of interest of the BiGLLI online is broadly all aspects of the study of Italian language and literature.