New on ejournals@cambridge A-Z : Essays in French Literature and Culture 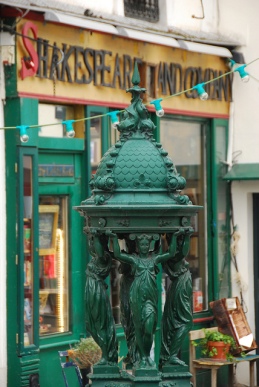 Now available to the University of Cambridge electronically from volume 45 (2008) to present.

Access Essays in French Literature and Culture via the ejournals@cambridge A-Z or at this link.

Following the ruptures in September 2015 in the editorial staffing performed by Patricia de Pas in her dramatic restructuring of La Quinzaine littéraire, staff declaring themselves most faithful to its original founder, Maurice Nadeau, have launched a new journal, entitled En attendant Nadeau.

Completely free and open access and online, the journal is formed by the editors Jean Lacoste, Pierre Pachet and Tiphaine Samoyault, as they set out on a new project but fidèles à leur histoire commune autour de Maurice Nadeau.

The first issue is online now (available in PDF soon) here and will be listed this week in ejournals@cambridge A-Z and next month in iDiscover.

Trial access is now available for one month from today 12 January to 10 February 2016 to three online collections of texts in the humanities from the publisher Librarie Droz (Click on the title to link to the database):-

This collection comprises all the texts of works by John Calvin published by the Librairie Droz between 1960 and 2012.

Founded in 1950 by Eugénie Droz, the collection Humanisme et Renaissance includes more than 550 titles. It has grown to become the most important collection in the world of sources and studies on Humanism (Poliziano, Ficino, Erasmus, Bude …), the French Reformation (Lefevre d’ Etaple, Calvin, Farel, Beza …), and the Renaissance (Hieronymus Bosch, Rabelais, Ronsard, Primatice …). It also covers medicine, science, philosophy, the history of the book and all forms of knowledge and human activity in the sixteenth century, from c. 1450 to the death of King Henry IV.

Eugénie Droz founded Textes Litteraires Francais in 1945 as a collection devoted to the critical editions of significant French language literary texts from the Middle Ages to the twentieth century. In a handy small format, each issue is accompanied by an introduction, notes, a glossary, and, if necessary, an index. The first 300 texts from the collection have been digitized as of last year. The second half of the collection is being digitized and will be added in 2016.

Please let us know what you think about the Librarie Droz databases.  Thank you.

The online BLF is an inventory of all the studies which have appeared in France and abroad since 1998 concerning French and Francophone literature from the sixteenth century to the present day. It is a precious resource for anyone carrying out research on a writer, theme or period from French or Francophone literature.

The database is enriched daily with new references thanks to the work of the team at the Bibliothèque nationale de France, who are in charge of its creation, and the help of the Société d’Histoire littéraire de France. The digital editor of the BLF, Classiques Garnier numérique, ensures that the database is up to date.

The aim is to offer users an updated database which is a real crossroads of information in which bibliographic references link to contents available online. The three partner institutions are working to establish permanent links to the resources they each develop (such as Gallica and data.bnf for the BnF).

Alongside these projects, the conversion of all paper volumes of the BLF predating 1998 is being managed by Classiques Garnier numérique. Once finished, the online BLF will allow users to search for all studies produced since 1894 which relate to French and Francophone literature from the sixteenth century to the present day.

Sometimes referred to as the ‘Rancoeur’ – the name of the first bibliographer to be in charge of its production in the 1950s – the Bibliographie de la Littérature française has been produced by a custodian of the Bibliothèque nationale de France since 1996, in line with a convention linking the BnF and the SHLF.

The Bibliothèque nationale de France presents ‘l’alchimie du livre’, an exhibition of more than 100 books, made by Anselm Kiefer between 1968 and 2015. These will be exhibited alongside recent paintings and sculpture.

The University of Cambridge Journals Co-ordination Scheme is pleased to announce a new subscription to the CAIRN French Studies collection.

The collection can be accessed from this link or via the eresources@cambridge A-Z list.

Just now we are waiting on the titles becoming available to us so that we can make them available via the ejournals@cambridge A-Z and via LibrarySearch and LibrarySearch+.  We expect to be able to do this by mid-July.

Titles subscribed are those listed below the “Accès abonné” legend on the CAIRN home page, covering all subject areas, from France’s leading publishers.

The Beckett Digital Manuscript Project will reunite the manuscripts of Samuel Beckett’s works in a digital way, and provide the digital facsimiles of the works with research tools – a transcription, a search engine, an electronic apparatus variorum, and an analysis of the textual genesis. The project will comprise a digital archive of Beckett’s manuscripts, with facsimiles and transcriptions, organized in 26 modules.  Combining both linear and topographic transcriptions, the project will allow detailed analysis and comparison of variants (including, importantly, variant translations).  Different, not necessarily consecutive, versions can be viewed separately, visualized in parallel.

“BDMP increases the accessibility of the manuscripts by means of searchable transcriptions and other research tools. It enables Beckett scholars to zoom in on digital facsimiles, easily search all the transcribed versions in an electronic format, and do not need to decipher Beckett’s handwriting if they prefer to work with the transcriptions. The project opens up the hermeneutic potential of the manuscripts and highlights the interpretive relevance of particular references that can only be found in the manuscripts.” – Project description page.

Access the Beckett Digital Manuscript Project via the eresources@cambridge A-Z or at this link.  To date the works in the Project are

The publication schedule for future modules is