The Science journal platform has recently been updated and a restriction has been introduced on the number of  ‘News’ article that can be read each month.

This new ‘metered access’ is being applied to the University of Cambridge as the ‘News’ articles are content that is not included in the print publication and access is  not available for institutional subscribers.

The 10 news article limit will be applied to each IP each month. If you are using a computer on a network you are likely to share your IP with other users. Once 10 articles have been read by users on the IP the image above will appear. 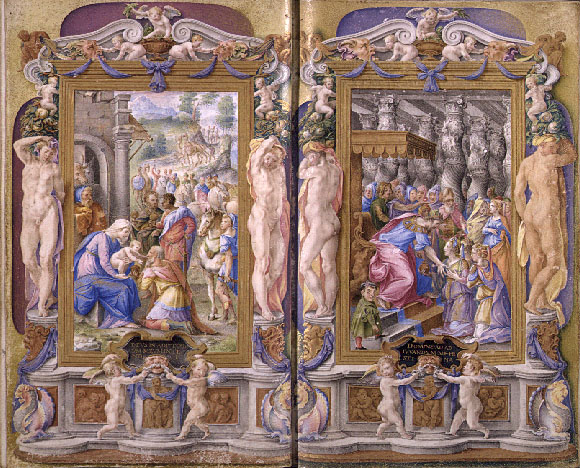 “Renaissance Studies is a multi-disciplinary journal which publishes articles and editions of documents on all aspects of Renaissance history and culture. The articles range over the history, art, architecture, religion, literature, and languages of Europe during the period. Editions of important documents appear in their original languages, with introduction, textual apparatus, notes and (occasionally) translations of the documents and sources into English. The journal also contains a substantial book reviews section and often illustrated reviews of major exhibitions worldwide. “

Backfile now available to the University of Cambridge electronically – in addition to the current content already available – from volume 1 (1987) to volume 10 (1996).

Access Renaissance Studies via the ejournals@cambridge A-Z or at this link.

The University Library is delighted to announce that the JISC has negotiated with ProQuest to make available to UK HE institutions collections 1-4 of the Early European Books resource.   This extends the access for Cambridge to include collections 3 and 4.

Collection 3 is substantially larger than the previous collections, containing 3 million pages in total, from more than 10,000 volumes scanned at four different libraries. It encompasses works in all major European languages, printed in the cities which led the explosion of the print industry in the early modern era, such as Nuremberg, Basel, Leiden, Paris and Venice. This breadth of scope gives a wide-ranging overview of the intellectual life and historical upheavals of early modern Europe. The collection contains the founding works of modern sciences such as botany, anatomy and astrology, together with accounts of travel, exploration and warfare, and influential works of literature, philosophy and humanist thought. In the field of religion, users will find editions of the works of the Church Fathers, early Bible editions in Latin, Greek, Hebrew and vernacular translations, missals, psalters and breviaries, Protestant sermons and tracts, and Counter-Reformation publications of the Catholic Church.

The volumes for Collection 3 are taken from the following libraries:

Highlights of Collection 3 include:

Works from the BnF in Collection 4 include the first Protestant Bible in French (published in Lyon in 1544) as well as editions and translations of the Fathers of the Church, bearing testimony to the importance of the Christian Humanist movement in France, in the wake of Erasmus. A number of works also illuminate the rites and ceremonies of religious life: the celebration of festivals such as Christmas, marriage and funeral rites, practices relating to prayer, fasting, giving alms and processions. Texts of laws and regulations, as well as editions of the customs of the French provinces, jurisprudential treatises on specific matters (such as contract law or feudal law, etc.) and compendia of jurisprudence along with their commentaries also feature. Philosophy is represented by, amongst others, Plato’s Republic and contemporary works such as the Six books of the Republic by Jean Bodin as well as French translations of Italian authors such as Machiavelli and Giovanni Botero (a leading theorist of the ‘raison d’Etat’ at the end of the 16th century).

The contents of Collection 4 as a whole are as wide-ranging as previous collections, including important works of science, art, medicine, travel and popular miscellanies from the Wellcome Library (including many items from William Morris’s personal collection), scholarly works of history and theology from the BNCF, literary translations and legal texts from the Netherlands’ Koninklijke Bibliotheek (including a substantial number of volumes from the Elzevir press), and texts relating to the Reformation from the Kongelige Bibliotek in Copenhagen.

Coming soon (first published here): A new journal from the Royal Society : Royal Society Open Science.  The journal will have a number of distinguishing features:

• objective peer review (publishing all articles which are scientifically sound, leaving any judgement of importance or potential impact to the reader)
• it will offer open peer review as an option
• articles will embody open data principles
• each article will have a suite of article level metrics and encourage post-publication comments
• the Editorial team will consist entirely of practicing scientists and draw upon the expertise of the Royal Society’s Fellowship
• in addition to direct submissions, it will accept articles referred from other Royal Society journals

Royal Society Open Science welcomes the submission of all high quality science including articles which may usually be difficult to publish elsewhere, for example, those that include negative findings. The journal will launch officially later in 2014 and article processing charges will be waived for an initial period. The scope will cover life sciences, physical sciences, mathematics, engineering and computer science.

“Philosophical Transactions was the first journal dedicated to scientific endeavour and introduced the concepts of scientific priority and peer review. Today more than 20,000 scientific journals around the world are based on these two key principles and it is difficult to imagine a research process functioning without them. The publishing model is continually evolving and it’s important that the Royal Society’s own journal offerings do so too.  We are delighted to be publishing this exciting new journal. We hope the Royal Society Open Science demonstrates our continued support for open access publishing and a commitment to publishing research that benefits science and humanity.”

If you would like to receive regular news alerts about Royal Society Open Science, please sign up here.

Now available to the University of Cambridge electronically from volume 1 (1999) to present.

Access Advanced Engineering Materials via the ejournals@cambridge A-Z or at this link.

New on ejournals@cambridge A-Z : Frontiers in Ecology and the Environment

A journal of the Ecological Society of America.

“Frontiers is aimed at professional ecologists and scientists working in related disciplines.

Now available electronically to the University of Cambridge from volume 1 (2003) to present.

Access Soil Science via the ejournals@cambridge A-Z or at this link.

Scirus is set to retire near the end of January, 2014.

“To ensure a smooth transition, we are informing you now so that you have sufficient time to find an alternative search solution for science-specific content.”

“… is [was] the most comprehensive scientific research tool on the web. With over 575 million scientific items indexed at last count, it allows researchers to search for not only journal content but also scientists’ homepages, courseware, pre-print server material, patents and institutional repository and website information.”