The BBC Shakespeare Archive Resource has been moved from http://shakespeare.ch.bbc.co.uk/ to a new permanent home with the Educational Recordings Agency, ERA.

Hundreds of new programmes and performances have been added, bringing the site up to date, and making the resource better than ever.  New programming will be added on a regular basis. The collection of stills images are not available on the ERA site.

You will need to re-register on the ERA site to gain access. https://era.org.uk/registration/

ERA supports the education sector by making it easy for schools, colleges and universities to harness the power of audio-visual broadcast material for non-commercial educational purposes through provision of their licence. The ERA Licence enables educational establishments to legally make recordings or copies of TV and radio programmes for educational use.

In addition to the BBC Shakespeare Archive, ERA have produced a collection of classroom-ready resources for licensees to use, including 5000+ curated clips linked to key curriculum areas, themed playlists, subject collections and more.

As new eresources are made available due to COVID-19 they are being added to the Databases A-Z and promoted by the ejournals and ebooks teams on WordPress blogs (ejournals@cambridge and ebooks@cambridge) and Twitter (@ejournalscamb and @ebookscamb). When records are available in Alma for the new databases and collections they will be activated and be loaded into iDiscover.

The new databases and collections made available and promoted between 3rd and 17th April are listed below. Details about trial end dates are included in the blog posts that are linked to each title.

For details on sending suggestions regarding new acquisition of ebooks, ejournals or eresources (databases) please see the instructions on the recommendations page.

We hope you find this digest of recently added ersources useful.

Please send any feedback regarding ongoing access to this performance using the online form.

Shakespeare’s most iconic work, HAMLET explodes with big ideas and is the ultimate story of loyalty, love, betrayal, murder and madness. Hamlet’s father is dead and Denmark has crowned Hamlet’s uncle the new king. Consumed by grief, Hamlet struggles to exact revenge, with devastating consequences.

We have access to a number of collections of live theatre performances that you can enjoy in your own home.

Digital Theatre Plus captures the moments before the curtain rises and after the curtain falls, providing valuable insight into the play making process. We share the hidden drama of the weeks, days, and hours before ‘lights up’ on stage. By revealing the world of the rehearsal room, dressing room, backstage and beyond, our documentaries and interviews introduce theatre as a vibrant, exciting art form through a familiar and accessible medium.

The Donmar Shakespeare Trilogy on Screen

Harriet Walter leads an all female cast in these three productions set in a women’s prison.

This collection features 21 films recorded live on the Globe stage from leading actors including Mark Rylance, Stephen Fry, and Roger Allam’s Olivier Award-winning role as Falstaff in Henry IV.  Founded by the pioneering American actor and director Sam Wanamaker, Shakespeare’s Globe is dedicated to the exploration of Shakespeare’s work and the theatre for which he wrote.

Shakespeare’s Globe on Screen 2 (2016-2018) includes 9 landmark productions from the theatre’s most recent seasons, including two productions from Emma Rice’s tenure as Artistic Director and the first production from the indoor Jacobean theatre, the Sam Wanamaker Playhouse.

Through the support of anonymous donors the University of Cambridge now has full access on and off campus to the Donmar Shakespeare Trilogy on Screen.

The Donmar Shakespeare Trilogy began in 2012 with an all-female production of Julius Caesar led by Dame Harriet Walter. Set in a women’s prison, the production asked the question, ‘Who owns Shakespeare?’ Two further productions followed: Henry IV in 2014 and The Tempest in 2016, all featuring a diverse company of women. The Trilogy enthralled theatre audiences in London and New York and was shared with women and girls in prisons and schools across the UK. The film versions were shot live in a specially built temporary theatre in King’s Cross in 2016.

Set in the present-day in the world of a women’s prison, Julius Caesar could not be more timely as it depicts the catastrophic consequences of a political leader’s extension of his powers beyond the remit of the constitution. As Brutus (Harriet Walter) wrestles with his moral conscience over the assassination of Julius Caesar (Jackie Clune), Mark Antony (Jade Anouka) manipulates the crowd through his subtle and incendiary rhetoric to frenzied mob violence. There follows the descent of the country into factions and the outbreak of civil war.

at makes a king? What makes a father? Shakespeare’s monumental history play travels to the heart of family, duty and country.

The bold, contemporary production is presented as if played by inmates of a women’s prison and was described by critics as ‘unforgettable’. The director for both stage and screen is Phyllida Lloyd, and Dame Harriet Walter is Henry IV.

The final instalment in the Donmar Warehouse’s all-female Shakespeare Trilogy sees Harriet Walter take on the role of Prospero in this evocation of the eternal struggle for freedom, morality and justice.

Directed for both stage and screen by Phyllida Lloyd. Set on an isle ‘full of noises’, this magical production features a glowing score by Joan Armatrading. Critics celebrated the original staging as ‘A glorious reminder that genuine diversity offers astonishing creative benefits’.

Through the support of anonymous donors the University of Cambridge now has full access on and off campus (via Raven) to Shakespeare’s Globe on Screen 2 (2016-2018).

Shakespeare’s Globe on Screen 2 (2016-2018) includes landmark productions from the theatre’s 2016, 2017 and 2018 seasons, including the first production from the indoor Jacobean theatre, the Sam Wanamaker Playhouse.

This new collection of nine productions has been added to the productions already available to view on Drama Online from the Shakespeare’s Globe on Screen 1 (2008-2015) collection.

Productions available include Measure for Measure:

“Our doubts are traitors,

And make us lose the good we oft might win

By fearing to attempt”

The University of Cambridge now has full access to the Royal Shakespeare Company (RSC) Live Collection on the Bloomsbury Drama Online platform via this link. 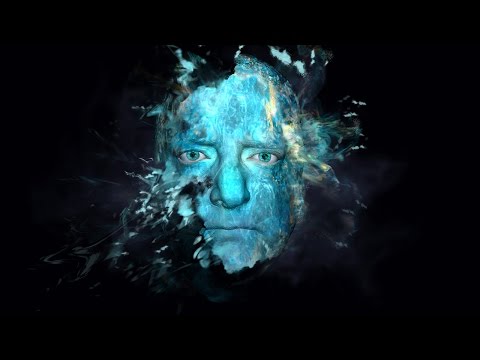 The collection of video films of the most recent RSC productions will support the study of Shakespeare in performance and of drama in general, as well as in the growing area of study in digital performance per se.

Detail of Johann Heinrich Ramberg painting of the Tempest – Stephano, Trinculo and Caliban

The Royal Shakespeare Company creates theatre at its best, made in Stratford-upon-Avon and shared around the world. The RSC produces an inspirational artistic programme each year, setting Shakespeare in context, alongside the work of his contemporaries and today’s writers

The trial is active now and runs until 31 May 2018.  Please send your feedback to: efllib@hermes.cam.ac.uk.

The University of Cambridge now has access to The Hollow Crown, filmed adaptations of Shakespeare’s history plays produced by Rupert Ryle-Hodges , on the Drama Online platform.

The series was executive produced by Sam Mendes and Pippa Harris under Neal Street Productions in association with NBC Universal.

The University of Cambridge now has access to the New Oxford Shakespeare online.

Now in October 2016 the text of the plays in this edition is available online from the Oxford Scholarly Editions Online platform.  To follow in December 2016 will be the Critical Reference Edition and the Authorship Companion.  To keep up-to-date sign up to the OSEO news feed.

In the Shakespeare 400th-anniversary year, The New Oxford Shakespeare presents an entirely new consideration of all of Shakespeare’s works, edited from first principles from the base-texts themselves, and drawing on the latest textual and theatrical scholarship.

2 Daria Klimentová and Vadim Muntagirov as the young lovers in Prokofiev’s ballet (1935), choreographed by Rudolf Nureyev (1977), in the English National Ballet production at the Coliseum (2011). Photo by Annabel Moeller.