Unrivalled access to the voices of the past for Cambridge students and researchers : millions of pages of historical newspapers, regional, national, cultural, financial, political …

Digital archives of newspapers provided by Gale Cengage are made available to 31 May 2020, from the Daily Mail to the Telegraph, from the Scots magazine to the Athenian Mercury, from the Financial Times printed at Bracken House, London, to the Young American printed on a discarded hand press by Cyrus Curtis in Portland, Maine, from papers printed on the back of wallpaper when no other paper could be had in 19th century America, to the Coventry Herald, publishing the earliest journalism of George Eliot.

Links to titles will be provided in our A-Z of resources in due course.

We look forward to hearing how these rich digital archives have been used by Cambridge readers and scholars so please tell us what you found in them and if and how you think these archives could help you in the future, using your feedback form.  Thank you.

Fred Basset has been published in the Daily Mail and The Mail on Sunday from 1963 to the present.   Alex Graham based Fred on his own dog Frieda and drew over 9,000 comic strips.

University of Cambridge members now have access until 31 May 2020 to Refugees, Relief and Resettlement: Forced Migration and World War II

Tell us what you think of the Refugees, Relief, and Resettlement collection via this feedback form.  Thank you.

chronicles the plight of refugees and displaced persons across Europe, North Africa, and Asia from 1935 to 1950 through correspondence, reports, studies, organisational and administrative files, and much more. It is the first multi-sourced digital collection to consider the global scope of the refugee crisis leading up to, during, and after World War II.

Gathered together from key sources that include The U.K. National Archives, the British Library, the National Archives Records Administration in the United States, and World Jewish Relief, this archive documents the history of forced migration to uncover the hidden history of those displaced from their homes and the relief, resettlement, and repatriation efforts that followed.

The archive chronicles not only the plight of those made to resettle inside and outside national borders owing to war and ethnic and political persecution, it also addresses the unique factors to give rise to the many kinds of refugees, from evacuees and displaced persons, to population transferees and forced labourers. 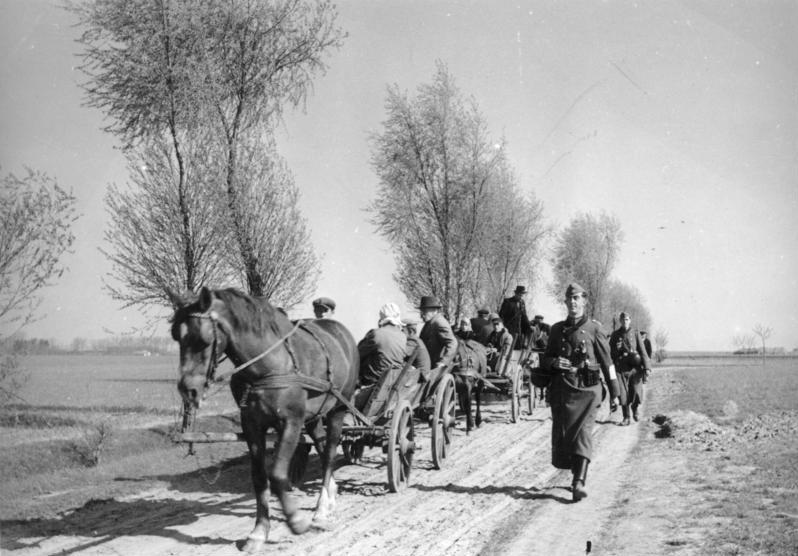 Political Extremism and Radicalism in the Twentieth Century

Tell us what you think of the collection via this feedback form.  Thank you.

Explore the development, actions and ideologies behind twentieth century extremism

With a range of content focused on political extremism and radical thought in the UK, Europe, Australia and North America, Political Extremism provides a range of documents and audio recordings covering the twentieth and early twenty-first centuries. The archive will contain over 600,000 pages of content, making it one of the first digital archives on far-right and left political groups.

This archive includes a diverse range of content, including campaigning materials, propaganda, government records and various ephemera. The inclusion of oral histories, both as audio recordings and transcripts, makes this archive a unique resource for researchers, and provides a broader range of information sources than other archives on the subject.

The collections combine content on far-right and fascist movements alongside significant coverage of radical left groups, allowing researchers to access material from both sides, providing points for comparison. Researchers in contemporary topics will also find value in the content, allowing them to explore the origins and development of present-day issues, including anti-war thinking, ‘fake news’, the resurgence in right-wing politics, and radicalisation.

Within the documents contained in this archive, researchers will encounter groups and figures that are well known alongside those that are more obscure. The archive contains information on prominent groups such as the Klu Klux Klan, the Black Panthers, National Socialist Party of Australia, and the British Union of Fascists as well as leading figures including Oswald Mosley, Arnold Leese, Vladimir Lenin and Leon Trotsky.   Its scope also covers areas of focused interest, including gay activism, anti-Semitic and neo-Nazi groups, equal rights, environmentalism, and creationism among others.

The Searchlight Archive, held at the University of Northampton in the UK, consists of documents from Searchlight Associates, an information service founded in 1967 that aimed to expose racist and fascist groups. In 1975 it launched a magazine, Searchlight, intended to promote intelligence on the far-right from around the world. This archive includes oral histories from activists who acted as undercover informants on far-right organisations or members of anti-fascist groups.  The interviews are available within the platform both as audio recordings as well as searchable transcripts. This archive also includes various ephemera including booklets, leaflets and posters.

The Hall-Hoag Collection of Dissenting and Extremist Printed Propaganda from the John Hay Library at Brown University finds its beginnings with Gordon Hall. An infiltrator and investigator of U.S. domestic hate groups for Friends of Democracy, an anti-totalitarian group, he began compiling a collection of extremist printed propaganda when he returned from World War II. Brown University purchased the collection in the 1980’s and are still cataloguing it. It contains printed propaganda from US anti-integrationist, anti-Semitic and racist groups such as the American Fascist Union and Ku Klux Klan Organizations. In 2004 Gale microfilmed part of the collection and it formed part two of the Radical and Reactionary Politics in America Series.

Working with the National Archives in the UK, we are also digitising government documents relating to inter- and post-war British extremist movements. These include Security Service personal files on right-wing extremists, suspected communists and terrorists as well as Home Office papers on detainees, such as Oswald Mosely, who were related to far-right groups including the British Union of Fascists, British National Party, Imperial Fascist League, the Nordic League and The Link.

Since 1970, the American Radicalism Collection at Michigan State University has been collecting ephemera on radical political groups, across a range of extremist movements including those involved in religion, race, gender, the environment, and equal rights. The collection covers four general categories , each with a different focus: leftist politics and anti-war movements; religion and the radical right; race, gender and equal rights; and social, economic and environmental movements. The collection also includes materials on such topics as survivalism, Holocaust denial, creationism, and anti-Catholicism from groups like John Birch Society and the Black Panther Party.

Tell us what you think of the Nichols collection via this feedback form.  Thank you.

A unique source for building a picture of what was happening in politics, culture and society at this time, week-by-week, year-by-year. 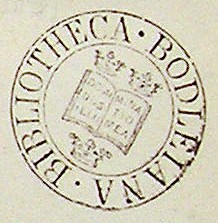 John Nichols (1745–1826) was a printer and former Master of the Stationers’ Company, biographer of Hogarth and Swift, and writer of a county history of Leicestershire. He began collecting newspapers around 1778 through purchasing a large share in the Gentleman’s Magazine, who had provided Samuel Johnson with his first regular employment as a writer. Not only did he collect many more materials after this, he also made them available to scholars, a tradition continued by the Bodleian Library, and now Gale. The collection contains over 150,000 pages of printed text, spanning nearly 100 years of history.

The University of Cambridge now has trial access to The Nation Digital Archive on the EBSCOhost platform.

Enjoy an unparalleled history of The Nation featuring thousands of historic articles, letters and editorials dating back to 1865.

The full page views are available as PDF downloads.

Access is enabled until 30th April 2019.  Please send us your feedback via the online form here.

This one-of-a-kind collection provides online access to a select group of South Asian newspapers from the 19th and early 20th centuries. Featuring English-, Gujarati- and Bengali-language papers published in India, in the regions of the Subcontinent that now comprise Pakistan, and in Ceylon (now Sri Lanka), South Asian Newspapers offers extensive coverage of the people, issues and events that shaped the Indian Subcontinent between 1864 and 1922.

African Newspapers, Series 1 and 2, 1800-1925, offers unmatched coverage of the people, issues and events that shaped the continent during the 19th and early 20th centuries. Featuring titles from Algeria to Angola, Zambia to Zimbabwe, this unique resource chronicles the evolution of Africa through eyewitness reporting, editorials, legislative information, letters, poetry, advertisements, obituaries and other items

Latin American Newspapers, Series 1 and 2, 1805-1922, offer unprecedented coverage of the people, issues and events that shaped this vital region during the 19th and early 20th centuries. Featuring titles from Argentina, Brazil, Chile, Cuba, Guatemala, Mexico, Peru, Venezuela and a dozen other countries, these resources provide a wide range of viewpoints from diverse Latin American cultures. 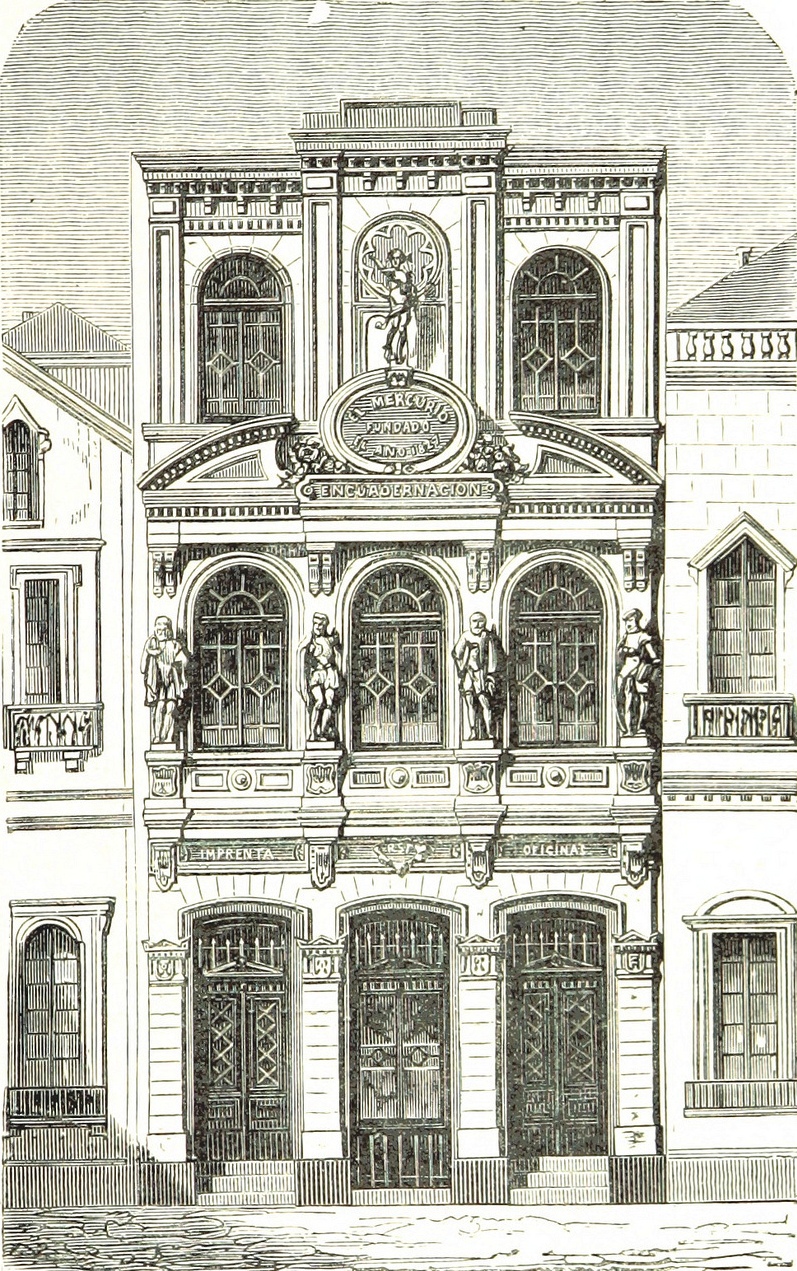 A detailed overview of the content of these collections can be found here.

Please send your feedback to the Seeley Historical Library by writing to seeley@hist.cam.ac.uk.

The University Library is delighted to introduce to Cambridge three new digital archives from East View.

Niva, an illustrated weekly journal of literature, politics and modern life was the most popular magazine of the late-nineteenth-century Russia. It was published from 1870 to 1918 in St.Petersburg. The journal was widely read by an audience that extended from primary schoolteachers, rural parish priests, and the urban middle class to the gentry. It contained large colored prints of art by famous Russian artists. The journal had a section on Russian classical writers: Gogol, Lermontov, Goncharov, Dostoevsky, Chekhov and many others. By the early 20th century Niva had a circulation of over 200,000.

One of the first Russian literary and political journal. Together with literature and arts the journal enlightened its readers on problems of internal and foreign policy of Russia, history and political life of foreign countries. It became conservative since 1815

This database incorporates 10 newspapers from the self-proclaimed “people’s republics” of Donetsk and Luhansk in the east of Ukraine from 2013 to 2015. Newspapers in this database cover the earliest period of the ongoing armed conflict between the Russian-backed militants and the Ukrainian state and contain valuable research material from relatively inaccessible, war-torn areas. The database contains contains issues from the following titles: Boevoe znamia Donbassa, Boevoi listok Novorossii, Donetsk vechernii, Edinstvo, Nasha gazeta, Novorossiia, Vostochnyi Donbass, XXI vek, Zaria Donbassa, and Zhizn’ Luganska.