“Advances in Experimental Social Psychology continues to be one of the most sought after and most often cited series in this field. Containing contributions of major empirical and theoretical interest, this series represents the best and the brightest in new research, theory, and practice in social psychology.“

Now available to the University of Cambridge electronically from volume 44 (2011) to present.

Access Advances in Experimental Social Psychology via the ejournals@cambridge A-Z or at this link.

ORCID, the non-profit organization that is working to address the name ambiguity problem in scholarly communications by providing a registry of persistent identifiers for researchers, today announced the launch of Auto-Update functionality, in collaboration with Crossref and DataCite.

Now, ORCID registrants who use their unique ORCID identifier (iD) when submitting a manuscript or dataset can opt to have their ORCID record automatically updated when their work is made public.

In addition, other systems that have integrated the ORCID APIs and connected a researcher’s ORCID record — their faculty profile system, library repository, webpage, funder reporting system — can also choose to receive alerts from ORCID, allowing research information to move easily and unambiguously across multiple systems.

Crossref and DataCite, both non-profit organizations, are leaders in registering DOIs (Digital Object Identifiers – a unique alphanumeric string assigned to a digital object) for research publications and datasets. Each DOI is associated with a set metadata and a URL pointer to the full text, so that it uniquely identifies the content item and provides a persistent link to its location on the internet.

Between them, Crossref and DataCite have already received almost a half a million works from publishers and data centers that include an ORCID iD validated by the author/contributor. With Auto-Update functionality in place, provided the researcher includes her/his ORCID iD at submission, information about these works can transit (with the researcher’s permission) to her/his ORCID record. 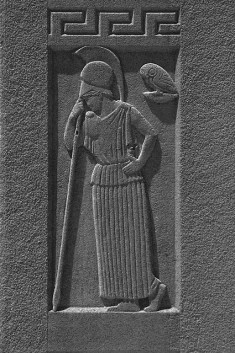 From the Philosophy Document Centre website for the journal:

“The Owl of Minerva features articles, discussions, translations, reviews, and bibliographical information pertaining to Hegel, his predecessors, contemporaries, successors, and influences today, as well as studies that use or enter into debate with a Hegelian approach to philosophical issues. “

Now available to the University of Cambridge electronically from 1969 to present.

Access Owl of Minerva via the ejournals@cambridge A-Z or at this link.

Image credit: ‘Marble Bas Relief of Minerva With Her Owl at the Library Of Congress John Adams Building (Washington, DC)’ by takomablbelot on Flickr – https://flic.kr/p/4Pd5x8

This post is aimed at Cambridge librarians who may want to find information on what eresources are currently on trial.

Trials are also routinely emailed to the general staff maillists.

There are now two new places to check and discover information about eresources trials:

1. via an eresources@cambridge page for Cambridge librarians here

2. via the Trials section of the “What’s new” page on the ejournals & eresources LibGuide here

As the pages say, if you wish to request a new trial or have a question about an existing trial, please write to ejournals@lib.cam.ac.uk or for ebooks to ebooks@lib.cam.ac.uk.

Trial access is available also at this link for the Psychology and Behavioural Sciences Collection.

Please send your feedback to df226@cam.ac.uk.

Visit The Captured Thought, blog, an experimental analysis of how minds work

Trial access is now available to the IEA Statistics databases on the OECD iLibrary platform.

Please send your feedback on the IEA statistics trial to cued-library@eng.cam.ac.uk

The Economic and Social Data Service is a single access point to international macro data from the World Bank, IMF, OECD, UN, Eurostat, and IEA as well as UK government surveys, longitudinal surveys, qualitative data, the UK Data Archive.  To access the ESDS data you must first register here and select Login via UK Federation. After fillling out the registration form you will need to confirm via email

The University Library has started a new subscription to the Brill Dictionary of Ancient Greek which can be accessed on and off campus via this link.

Aristarchus’s 3rd-century BC calculations on the relative sizes of (from left) the Sun, Earth and Moon

The Donmar Warehouse offers freely available behind the scenes study guides to some of their productions. The guides offer background information to the playwrights and the play as well as detailing the process of putting on productions at the Donmar.

“For each of our productions, we create an exclusive Behind the Scenes guide, providing a unique look at the enormous amount of work and creativity that goes into producing a Donmar show. These guides include interviews, rehearsal diaries, production photography, information about the play and playwright, and much, much more. We also include exercises for use by students and teachers at the back of every guide.”

Click on the images below to take e look at some of the guides. 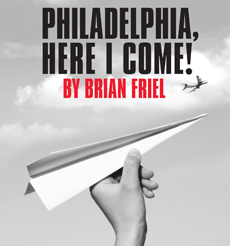 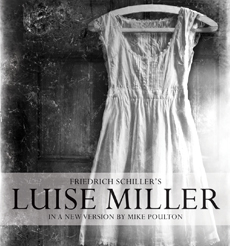 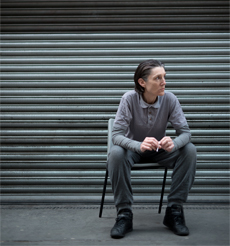 The English Faculty Library and the University Library are delighted to announce the acquisition from joint funding of the Nick Hern Book Collection to the Drama Online resource.

The collection, which features titles by some of the best UK, Irish and international playwrights working today, adds hundreds of plays from Nick Hern Books.  The Collection includes:

*                    Titles from the popular Drama Classics series, including foreign works in translation from Nikolai Gogol, Alfred Jarry, Molière and more

Drama Online introduces new writers alongside the most iconic names in playwriting history,
providing contextual and critical background through scholarly works and practical guides. Unique Play Tools with Character Grids, Words and Speech graphs and Part Books offer a new way to engage with plays for close study or for performance.

The Drama Online library features the pre-eminent theatre lists of Methuen Drama, the Arden Shakespeare, Faber and Faber and Nick Hern Books, as well as production photos from the Victoria and Albert Museum and The American Shakespeare Center and audio plays from L.A. Theatre Works.

Girton’s orchard. Ralph waits leaning against a tree. Tess appears. It’s dark and very quiet. She creeps to one tree. He creeps to another. She moves in the shadows from tree to tree, becoming increasingly anxious.

They shake hands rather formally. Beat.

Well, this is rather unconventional, isn’t it. I probably should have asked you to a clarinet concert, not to some spooky orchard.

Tess It is a bit.

Ralph Isn’t it! (Ghostily.) Woooo! Look, please forgive me, I hope you don’t mind; I thought I might – read you something.

Ralph Yes. But I’m not very literary, so it might be disastrous.

Tess I doubt that.

Ralph It’s a poem. But it’s… actually, maybe I shouldn’t.

Tess No, please do.

He takes a slip of paper out, looks at it.

Ralph It’s called A Lady who is fair

Tess Well that was –

Ralph That’s not the end.

Tess Well! Well. That was quite beautiful. Thank you. What does it mean?

Ralph (doesn’t know Italian) Well, it’s about a lady… who is fair… and she, well, she… it’s very… (Pause.) You know, Italian’s not really my forte. I’m a scientist. Maybe next time I’ll show you an experiment.

Ralph Or I could write you a paper on Kepler.

Ralph Your book, in the library.

Tess So you knew I was an astronomer!

Ralph I was impressed.

Ralph Anyone who can make head or tail of Kepler deserves a medal in my book. I’m using my copy as a doorstop. I think you being here – ladies studying – well, it’s grand.

From Blue Stockings, Act 1, Scene 9, The Garden of Eden by Jessica Swale

Recommendations for new eresources made via this wiki up to October 26 2015 will be considered for subscription or purchase on November 17 2015.  The deadline for feedback on the recommendations in the wiki is November 9 2015.

Please scroll down the wiki Main Page to the “Current recommendations” section to find the resources submitted for consideration.  Guidance for adding feedback is in the section “How to comment on new recommendations”.  Please remember this site is Raven-protected and the wiki is for University of Cambridge members only.

Please email ejournals@lib.cam.ac.uk if you have any questions.  Thank you.