Trial access to the China and the Modern World digital archive is provided to University of Cambridge members until 1st December 2022.

What do you think of China and the Modern World? Have your say using the online feedback form. We value your feedback.

China and the Modern World is a series of digital archive collections sourced from preeminent libraries and archives across the world, including the Second Historical Archives of China and the British Library. The series covers a period of about 180 years (1800s to 1980s) when China experienced radical and often traumatic transformations from an inward-looking imperial dynasty into a globally engaged republic.

Consisting of monographs, manuscripts, periodicals, correspondence and letters, historical photos, ephemera, and other kinds of historical documents, these collections provide excellent primary source materials for the understanding and research of the various aspects of China during the nineteenth and twentieth centuries, such as diplomacy/international relations, economy/trade, politics, Christianity, sinology, education, science and technology, imperialism, and globalization.

Trial access to the China and the Modern World digital archive is provided to University of Cambridge members until 10 August 2022.

Access China and the Modern World via this direct link.

What do you think of China and the Modern World? Have your say on this feedback form. We value your feedback.

China and the Modern World is a series of digital archive collections sourced from preeminent libraries and archives across the world, including the Second Historical Archives of China and the British Library. The series covers a period of about 180 years (1800s to 1980s) when China experienced radical and often traumatic transformations from an inward-looking imperial dynasty into a globally engaged republic.

Consisting of monographs, manuscripts, periodicals, correspondence and letters, historical photos, ephemera, and other kinds of historical documents, these collections provide excellent primary source materials for the understanding and research of the various aspects of China during the nineteenth and twentieth centuries, such as diplomacy/international relations, economy/trade, politics, Christianity, sinology, education, science and technology, imperialism, and globalization.

The Late Qing and Republican-Era Chinese Newspapers collection provides invaluable perspective on this critical period. The press of more than twenty cities is represented, spanning the Chinese mainland and the entire half century. The collection provides researchers a richly comprehensive perspective on Chinese life, culture, and politics throughout the collapse of the Qing Dynasty, the years of provisional government and civil war, and the birth of the People’s Republic.

The first half of the twentieth century began with the demise of China’s last imperial dynasty, the Great Qing, and ended with the foundation of the People’s Republic of China in October 1949. Following the 1912 establishment of China’s first post-imperial government, the Republic of China, the country experienced both industrial and social revolution, a civil war during which communist and nationalist forces battled to shape the country’s future, and looming external threats during both world wars.

Open Access to this collection is made possible through the generous support of the Center for Research Libraries and its member institutions.

Text from the East View platform for the collection. 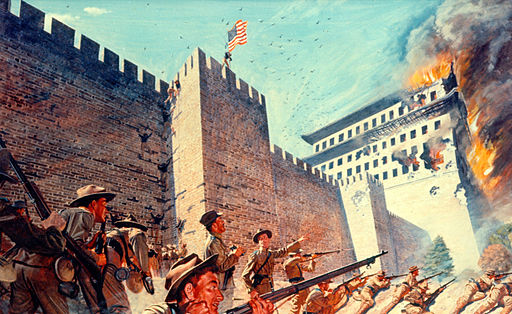 Trial access is now available to the China Comprehensive Gazetteers until 1 December 2017.

Access is available on and off campus via this link.

Please send your feedback to  ca22@cam.ac.uk

CCG comprises a collection of more than 6,500 titles spanning all of China’s regions and covering the Northern Sung Dynasty up to the establishment of the People’s Republic of China.

East View’s CCG database presents a collection of difangzhi spanning eight centuries 1229-1949. With more than 6,500 titles presented in image and/or full text to date, CCG is a resource for research on China in various aspects: its political history, literature, and religion, as well as the biographies of famous personages, its culture, economic development and, of course, its geography and natural history.

The source of the original materials is the collection at the National Library of China, whose holdings are extensive and often unique. CCG is especially rich in documents from the Qing dynasty. The number of Republic Period titles is also very large.

Three categories of gazetteers found in the database include:

“Twentieth-Century China, a refereed scholarly journal, publishes new research on China’s long twentieth century. Articles in the journal engage significant historiographic or interpretive issues and explore both continuities of the Chinese experience across the century and specific phenomena and activities within the Chinese cultural, political, and territorial sphere—including the Chinese diaspora—since the final decades of the Qing. Comparative empirical and/or theoretical studies rooted in Chinese experience sometimes extend to areas outside China, as well. The journal encompasses a wide range of historical approaches in its examination of twentieth-century China: among others, social, cultural, intellectual, political, economic, and environmental. Founded as a newsletter in 1975, Twentieth-Century China has grown into one of the leading English-language journals in the field of Chinese history.”

Now available to the University of Cambridge electronically from the Project Muse platform from volume 33 (2007) to present.

Access Twentieth Century China via the ejournals@cambridge A-Z or at this link.

Access has just been enabled to the Sinica Sinoweb ejournals platform, the most in-depth research tool of Taiwan’s humanities, following a successful trial earlier in May 2014.

• Bulletins of the Institutes of Chinese Literature Philosophy, History and Philology, and Modern History;

• Journal of Chinese Ritual, Theatre and Folklore and Thought and Words;

The journals are primarily in Chinese, though the interface is in English and Traditional Chinese. The titles are cross-searchable, and also permit searches on archaic characters that cannot normally be entered on a PC keyboard or searched in electronic text, by using a technology developed by Academia Sinica itself.

Cambridge University Library is delighted to announce access is now provided to the digitization of the The North China Herald, thanks to the Library’s contribution of its holdings of the newspaper to the completion of the digitization project by the publisher Brill.

The North China Herald is universally acclaimed as the prime printed source in any language for the history of the foreign presence in China from around 1850 to the 1940s.

During this so-called ‘treaty century’ (1842-1943) the Great Western Powers established a strong presence in China through their protected enclaves in the major cities.

It was published in Shanghai, at the heart of China’s dealing with the Euro-American world and a city at the forefront of developments in Chinese politics, culture, education and the economy. As the official journal for British consular notifications, and announcements of the Shanghai Municipal Council, it is the first – and sometimes only – point of reference for information and comment on a range of foreign and Chinese activities.

Regularly it also features translations of Chinese official notifications and news. The Herald had correspondents across the whole of China. These supplied a constant stream of news of an incredible variety, such as, apart from news and gossip reflecting the social, cultural and political life of the foreign settlements; trade statistics, stock prices, Chinese news, essays on Chinese culture and language, law reports from foreign courts in the settlements, company reports, news on foreign social, cultural and political life, maps, cartoons, photographs, stock prices and law and company reports, advertisements, tables of tea, silk and cotton exports, or long-forgotten facts about missionaries, birth, marriage, and death announcements, facts about other foreign nationals – the French, Danish, Italian, German, Dutch, and so on. Although a thriving treaty port press developed over the century of the foreign presence, no other newspaper existed over such an extended period, and covers it in such incredible depth and variety. The dense unindexed columns of the Herald offer therefore an indispensable, still largely unexplored treasure-trove for any scholar of modern Chinese history. War, revolution and politics have conspired to destroy library holdings or frustrate access to publications from China’s treaty century. The fully text-searchable North China Herald online is one of the primary sources on a period which continues to shape much of China’s world and worldview.

The North China Herald can be access via this link or via the eresources@cambridge A-Z.

Oxford Bibliographies in Chinese Studies is a multi- and inter-disciplinary enterprise covering the study of China across all disciplines. It developed mainly from two sources. First, a long-standing tradition of Sinology, still strong in Europe, has used philological and literary tools to study mainly the humanities and pre-modern China. Second, from the Second World War, an “area studies” approach – initially closely linked to US foreign policy needs and remaining predominant in the US, Canada and Australia – has focused on modern China using interdisciplinary (mainly social science) methods. More recently, China’s rapid growth has led to the rapid expansion of the field, while scholars originally from the PRC have led a trend to identify primarily with a discipline rather than an area.

Many China scholars still feel, however, that scholarship on China has had too little influence on the disciplines. The core ideas of most social sciences originate mainly from Western experience and have only sporadically taken China into account. This, however, is changing. For example, Kenneth Pomeranz’s The Great Divergence has made it difficult to discuss early modern economic development without taking account of China.

Studies of China within China are, of course, studies of the self rather than the other. Concepts originating with Chinese scholars have long been central to Western understandings of many issues, such as the emergence of Chinese nationalism. From the 1950s to the 1970s, however, scholarship in China was so dominated by Marxist dogma that its methods and conclusions were of limited interest to scholars elsewhere. This situation has changed dramatically since the 1980s: whole disciplines such as sociology have re-emerged, and modern social science methods have been introduced, often by scholars returning to China after study in the West. The volume of production has increased massively. Although this varies in quality even more than in the West, the best work, especially in disciplines like economics and sociology, is now at the forefront of research.

Oxford Bibliographies in Chinese Studies provides an authoritative guide to the key works across the whole field, pointing researchers and practitioners at all levels to the most important scholarship in European languages as well as in Chinese (and Japanese), and giving scholars working in other fields easier access to scholarship on China. The subjects covered in the initial launch provide broad guidance to major areas of study, while later additions focus more specifically on key issues or topics of debate.

Sinica Sinoweb is now available on trial access until 23 May 2014.

Sinica Sinoweb is a collection of pre-eminent journals with deep archives from the Academia Sinica in Taipei. With content primarily in Chinese, the platform interface is in English and Traditional Chinese.

Produced by United Digital Publications Company in Taipei, Sinica Sinoweb’s archive extends back to as early as 1928.

Bulletins of the Institutes of Chinese Literature Philosophy, History and Philology, and Modern History

Journal of Chinese Ritual, Theatre and Folklore and Thought and Words

Access the trial here.  Please send feedback on the trial to ca22@cam.ac.uk.  Thank you.